When press releases undercut you

Innovative. Leading. Unique. Next generation. Revolutionary. These words don’t pack the punch some think they do in press releases. Inserted into the same old formula time and time again, the predictable stream of buzzwords and exaggerations often bury the real story.

“This company, the leading provider of innovation and novel technologies to major markets worldwide, is pleased to announced it has signed a global license with another company, the leading manufacturer of other innovative inventions, to launch a unique, next-generation solution for leveraging scalable, high-throughput technologies that are optimized to focus on all customers’ needs for flexibility, performance, and reproducibility to move discoveries into the clinic.”

Cliché cheese clogs the arteries of news delivery. When journalists decide they want to cover a story, they have to hunt down facts that the press release should have provided in the first place, instead of devoting that time to their job – contacting additional sources, copyediting, or writing a catchy headline.

Why do press releases read poorly?
Blame can be spread to just about everyone who touches a release draft. Since the classic press release style of writing isn’t a natural part of everyday life, mimicry and committee-think is one likely culprit. The corporate hierarchy can sometimes rain down edits that dilute specifics or from-the-heart quotes. Legal review sometimes change more than the legally necessary, introducing a style of writing specific to the law but not to journalism. Agencies may not also stand up to help improve the process. Deadlines can also deprive talented staff of the time necessary to research and write informative, creative copy. By the time a press release is approved, sometimes the story’s timeliness evaporates, along with any very useful opportunity to preview it ahead of the launch date. So, “cheese” gets served.

FDA regulations often impose restrictions on marketing claims, but this is often not the source of a release’s roughest edges.

A smell test for bad copy
You can tell a press release contains lots of cliché language when the first question a journalist asks is an unbridled “Why does this matter?”. “Why is this product more, as the press release says, user-friendly?” The answer should be clear in the release.

Indeed, the ultimate victim is the company itself: its product positioning, its believability, and its relevance.

PR people know about the prevalence of cheesy copy and have invented distractions to try to make up for it. After all, it can take more energy to convert “an innovative solution for genomic research” into real words that pass corporate approval than to add a pretty picture or two to the release. Thus, visual and social media releases have risen in popularity.

One recent example, outside of the life science space, is Toyota’s launch of the FT-1 sports car design in Detroit. Seven sexy photos give automotive journalists ammunition for a prominent article. As soon as the copy starts, however, the rose wilts just a little bit:

“The Toyota FT-1 aims to show what can be achieved when the focus is creating a sports car design that will truly excite.” Let’s dissect the cheese. What other possible focus would sports car designers have than to excite? Did the FT-1 “aim to show” excitement or did anyone happen to race it?

Like drugs, new cars take years and more than a billion dollars to design. A powerful reason must drive such investment, so why be shy? Will the production car be priced to compete against a Corvette? Then crank up the economical adrenaline rush evidence. Maybe the crazy engineers made do with a Chevy V-10 in the chassis until the more powerful new Toyota engine was finished. Or those engineers wasted six sets of tires in thirty minutes while burning the NASCAR logo colors into a test track? (These ideas may be a little “out there”, but the point is to live the claim rather than state one “aims to show” it.)

Could the same idea translate to life science press releases? Yes. While our examples may be a more muted due to regulatory and professional concerns, we are not precluded from writing a good story. Our vocabularies, creativity, and clearer writing need not be constrained. The key is to dismantle the corporate cliché writing habit that’s become so prevalent.

So let’s roll up our sleeves together this year to do the hard work: saying what matters. 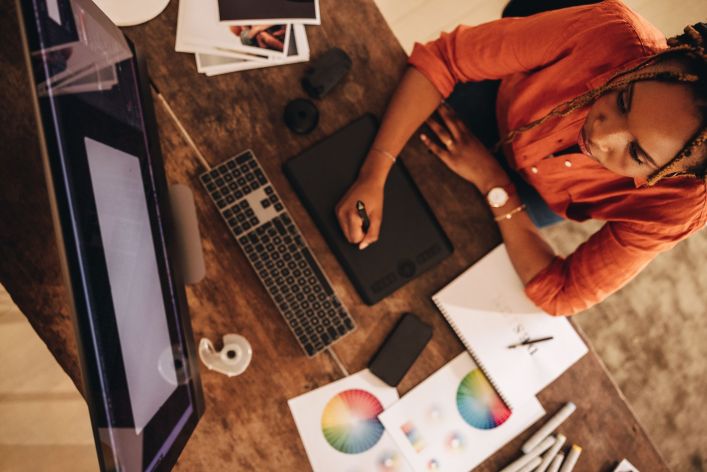